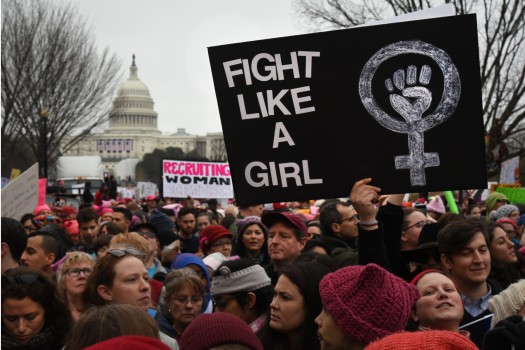 Last week, a renown TV diva in my home country named Amparo Grisales, stirred the pot with her opinion about feminists creating a controversy I believe is worth debating. During a radio interview, she claimed, jokingly, that women’s G spot is located at the end the of the word “shopping.”

The radio host censured the comment and told her the feminists were going to get mad at her. Then, the actress responded in her famous self-confident way “I don’t give a damn about feminists.”

She continued saying that feminists are spinsters with beards who see men as the enemy and any of their actions as gender abuse. She concluded the segment saying that “men and women have the same rights and we can’t exclude each other.”

Not a second later, at the end of the interview, the head of a Colombian feminist group attacked her saying that Grisales embodies everything women should never emulate. She also affirmed that the actress benefits financially from chauvinism and compared her to the courtesans that pleased Europeans dukes and counts in the Middle Age.

The generalization made by the actress about feminists was not very flattering–no woman wants to be compared with Chewbacca! However, the reply from the feminist group appealed to the extreme of condemning her sensuality and equalizing it to prostitution.

Traveling in history and reading about the times when women had no right to go to school, own property, work, rights within the marriage, and much less civic rights such as voting or free assembling is painful and humiliating.

For this matter, the origin of feminism is noble and just. All women owe gratitude to those rebels who in the Middle Age bred and gave light to the vindication of the female sex. I know that without their labor, I could not be writing these words right now.

Nonetheless, the third wave of the feminist movement, which commenced in the 90s and continues to this day, took a sharp turn from the essential female definition that framed the first and second waves (XIX Century and 1960 beginnings respectively.)

The feminists of today, both heterosexual and homosexual, in their worldwide pursuit to achieve gender equality in every way are neutralizing the female sex. Beauty and vanity, intrinsic aspects of womanhood, are now portrayed as obstacles that diminish intellect.

In other words, feminists want women to behave like the chauvinists they judge so much. Yet, if the result of the quest is not convenient, they throw the gender card to the pile and cry weakness contradicting their own preaching.

With all due respect to men, including my husband and son, I don’t want to be a man. The thought of my home turned into a fraternity house make me want to vomit! Men and women have the same rights. We also have the same obligations and they start with respect for each other without exceptions.