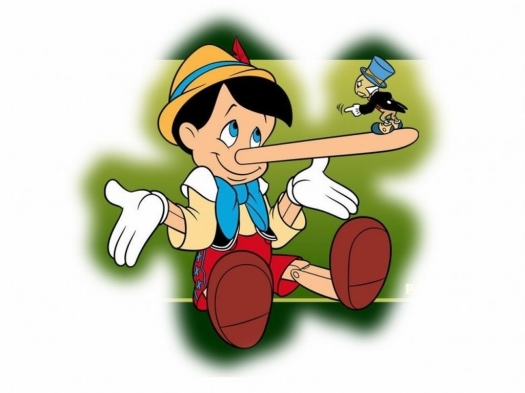 When I was a kid, I remember getting in trouble for lying. It was the one “sin” I didn’t want to commit, because like the elders always said, trust is something that can’t be unbroken. This doesn’t mean that I never lied—ask my Mom—but at least I tried hard to avoid getting caught or I spilled my guts full of remorse if outed.

However, the world has changed so much that telling the truth seems like an animal facing extinction. The story of the Olympic swimmer Ryan Lochte and his imaginary robbery at gun-point story is the latest and best example of this epidemic. Too often people in the public eye—politicians, newscasters, athletes, or celebrities–get away with murder. Why? Because they have either money or power to reinvent truth.

Last week when I saw the news of the fiasco on my Twitter feed, what disturbed me the most was that he lied to his own mother! Then, as the days passed and the discrepancies mounted, I knew the Brazilian authorities were going to bite the American swimmers as if they were pitbulls: they were not going to let go until they found out what really happened.

The result was one of the most embarrassing moments for the US Olympic Team. Such a stupid episode overshadowed many American athletes who earned their glory, but never made it into the news cycle because this moron—who some media outlets have called a kid even though he is 8 years away from turning 40! –decided to play National Lampoon’s Animal House and vandalize a public establishment.

Days after being scolded, Lochte came out with the lamest explanation; in an interview he dared to say, “I made a mistake… life goes on.” Life goes on? That’s it? If I were he I would probably be looking for opportunities to swim for a scuba diving team so I could wear the mask in and out of the water without a chance to be recognized.

The sad reality is that, just like many other famous people, Lochte might lose a sponsor or two but will continue living his pathetic life, thinking that he can do anything without facing real repercussions.

When I was a student of journalism, I remember the word “truth” didn’t have versions. The news source was either telling the truth or lying. Moreover, the most used synonyms for lying were: inventing, deceitful, or untruthful.

Nonetheless, these days, the most popular synonyms to characterize a lie—even by news outlets–are: misrepresent, misstate, or misspoke. None of the latter have a negative connotation, but a simple forgetful reason. I guess all liars suffer from short memory loss. If you ask me, the only thing they “missed” was their chance to tell the truth.

This is why a football player can beat up his wife as if he were in a fight with Mike Tyson and deny the facts displayed on surveillance video, or why a famed news anchor can say that the helicopter he was flying on was shot by missiles when it wasn’t. They too said “I made a mistake… life goes on,” and it did.

Now that my son is five, he is starting to understand the difference between telling the truth or lying, and I have already caught him getting sneaky to see what he can get away with. So, because I know his eyes better than anybody, I have been testing him with questions to see what he says. His innocence is still so intact that he tells me the truth even if he gets in trouble. Why is that so hard for adults?

Raising children under this contagious culture of lying is a challenge to parenting. The only thing I can do is to continue to show him with example that his reputation and honesty have no price, and that even if he doesn’t get caught lying in the future, he will always know the truth. The lies we say can never be forgotten.

Thank for reading and sharing.

This column was sponsored by Zellner Insurance Agency. Many things is life don’t have insurance. For everything else call Zellner (888) 208-8119