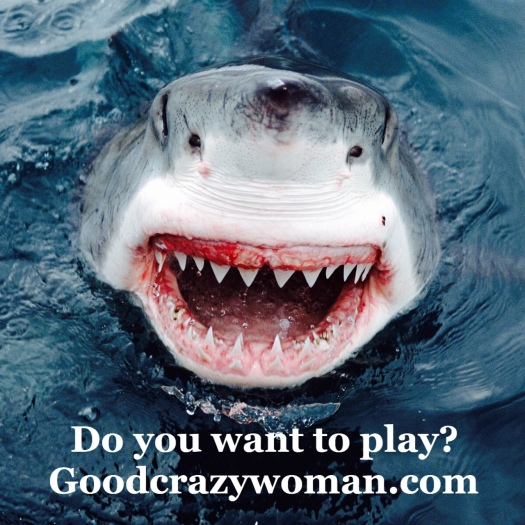 Summer arrived and so did it my desperate attempt to entertain my son during the weeks that he won’t have camps. I used to feel guilty for letting him watch too much TV or iPad. Not anymore. “Nanny iPad” gets charged every night and it’s ready for action every morning without complaining or asking for a raise!

Kidding aside, it makes me sad that my son is growing up glued to a screen and away from our families. Instead of playing all summer long with his cousins and aunts and uncles like my husband and I did when we were kids, my little man has to either play with me, or make new friends every time we go to the community amenities. Usually it goes well, but last Thursday, I almost ended up in the 6:00 p. m. news for child endangerment.

It was the last day of school in my area, so the pool of the neighborhood was packed that afternoon. We walked in and my son’s eyes shone with happiness because he finally was surrounded by children. I plastered him with sunblock, and he ran and jumped into the water like a Labrador retriever.

I sat on the edge by the steps wearing my big hat and sunglasses like a spy. Due to his height, he plays with kids that are between seven and nine years old, therefore I like paying close attention to the conversations. Nonetheless, as much as I want to protect him–even though he is swimming better–I don’t want to be a helicopter mom and hinder his social skills.

When my son got into the water, a boy approached him and asked him his name and if he was in so and so’s class. My little man answered as best as he could, but he didn’t know the teacher the other boy was referring to. Then, he said he was five and that he was in pre-k to all kids’ amazement. They started to play some games and all seemed well.

A few minutes passed and the same boy who welcomed him, started playing rough, grabbing and pulling the kids under water. I turned to find his parents and both mom and dad were in a stupidity coma glued to their phones. I got in the water, without saying anything, and I heard the boy ask my son, “Is that your mom?” When my son said yes, he swam away.

I got out of the water and sat by the edge again, and not a minute later the same boy approached my son from behind, pulled his goggles snapping the band on his ear. My son told him to stop and the boy threw the goggles at my son’s face and said, “You are a dork!”.

I felt my motherhood killing instincts go from 0 to 60 mph like a cheetah ready to pounce on her pray, but I caught myself in the act and simply called my son to come over. He said to me with fiery eyes, “That boy is not nice… I’m going to go tell him that!” I calmed my Little Rocky down and told him that it wasn’t worth it.

We went back into the water and a few minutes later, the “terrorizer” became his own victim and got his foot stuck in the metal ladder at the deep end. He cried and yelled, “Call 911!” Still the parents wouldn’t get up from their lounge chairs. Finally, a friend of their group called them and they came to help their son.

I have no right to judge any parent, but is it too much to ask that they pay attention to their children when they are at public places? I object, not only to such bad behavior, but also to the possible dangers kids face especially while near the water. According to the CDC (Centers for Disease Control and Prevention,) “Drowning is a leading cause of unintentional injury death among children 1–14 years old.” (*)

In conclusion, my baby wasn’t affected by the “dork” incident because he doesn’t even know what that word means. However, I couldn’t help feeling mad and sad at the same time. My son is growing faster than I expected, and he wants to act older too, but I don’t want him to lose his innocence just yet. There is a life time ahead for him to become cynical.

In the end, the “real dork” gave us a good teaching moment of pool safety. I just hope that he stays away from my son if we meet again. Otherwise, I will turn his summer memories into a modern version of Jaws.

This post was sponsored by Zellner Insurance Agency. Many things in life don’t have insurance. For everything else, call Zellner (888) 208-8119

One Reply to “Jaws”